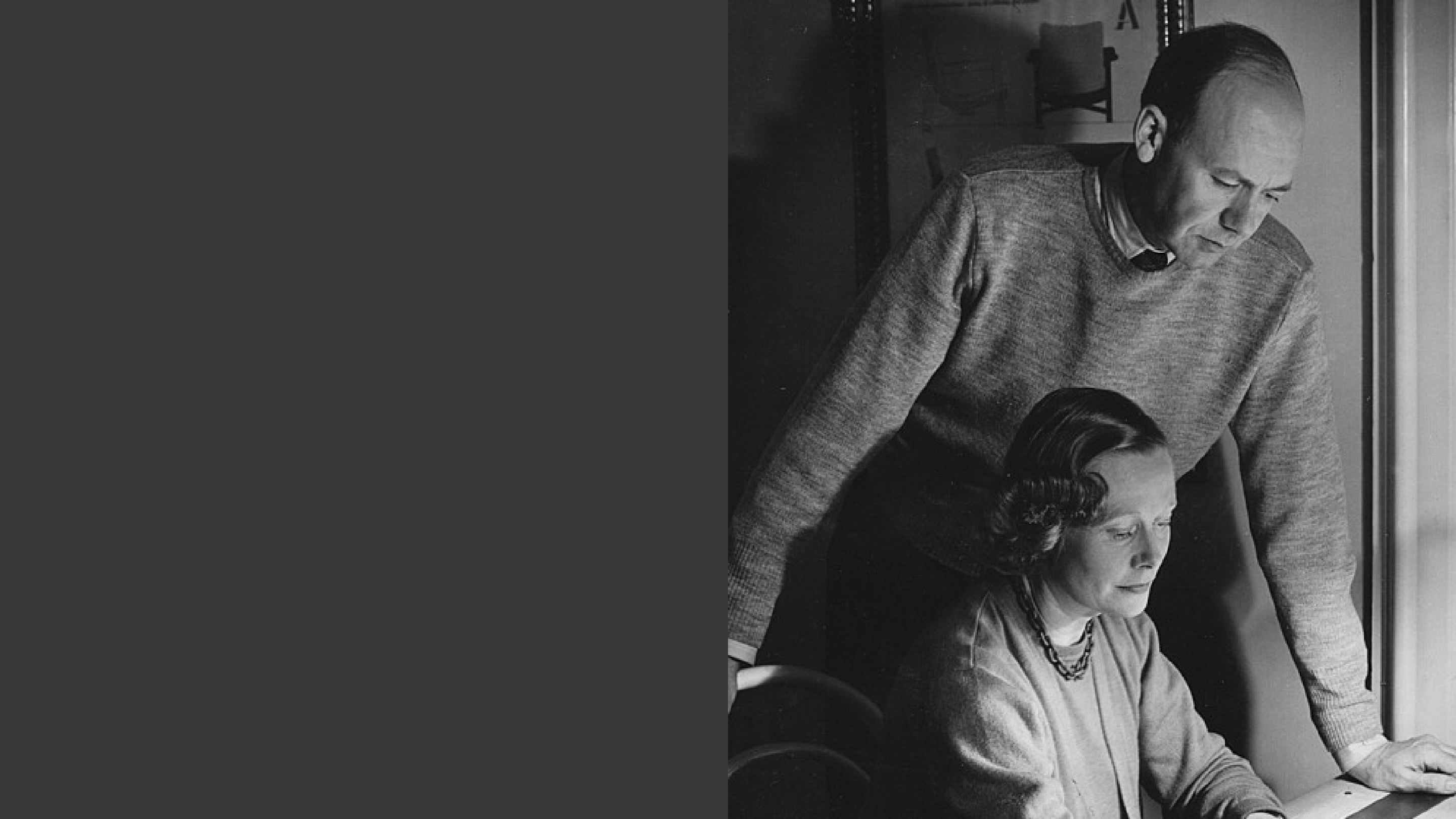 Creating furniture, silverware, jewellery, textiles and more, the prolific couple were the harbingers of a new era in Danish furniture design, eschewing the traditional furniture set in favour of individual and adaptable design pieces that could be curated according to style, use and mood. It was a breakthrough in the Danes' way of interior decorating, as well as the general regard for furniture furniture.

Edvard Kindt-Larsen cut his teeth as an architect under Kaare Klint at the Department of Furniture Design at the Royal Danish Academy of Fine Arts. He achieved great recognition for a large-scale hotel project by the lakes in Copenhagen and was later honoured with the Eckersberg medal for his work with Snedkerlauget's Exhibitions, which he organised in the years 1943-1966.

Tove Kindt-Larsen – one of Denmark’s first notable female designers – studied at the Academy of Fine Arts but never graduated. She did, however, receive widespread recognition for her work as both an architect and a designer, in particular her textile designs and pioneering rattan furniture. When she married Edvard in 1937, she had already won first prize in the Carpenter's Guild competition. She was lauded for her work, "bravely setting out to solve a task in a new way." Her furniture is characterised by a fine sense of quality and a style that adapted to the changing tastes of the times.

Their avantgarde Pagoda Sofa, with its characteristic low, almost flat, armrests and V-shaped legs was presented for the first time at master cabinetmaker Thorvald Madsen's stand at the Snedkerlauget exhibition in Copenhagen in 1956. It challenged established design with its significant idiom; light and precise in its design language and inspired by Asian architecture and temple construction. The Pagoda Sofa never quite achieved the same status as the couple's other pieces of furniture during their lifetime. But today its urban, unique and expressive form is enjoying new relevance in modern spaces.